New bike lanes to be approved on Hickory Street

In need of holiday gifts for family and friends?...
Read more
Government

City of Denton facilities will be closed on Thursday,...
Read more
Business

City of Denton facilities will be closed on Friday,...
Read more

The Denton City Council favored an option to remove parking from West Hickory Street to create space for a new bike lane during a recent work session. The bike lane is a part of the Oak Gateway Area Plan, which will develop new traffic plans to accommodate Denton’s growing population. The affected area includes Fry Street businesses.

The city of Denton approved a bicycle and pedestrian master plan in 2012 that called for a contiguous bike lane along Hickory Street from Bonnie Brae to Carroll.

Due to the possible loss of parking in front of major businesses, Marc Oliphant, city bicycle and pedestrian coordinator, referred to the plan as a “controversial” and a “hot topic” during the Feb. 4 traffic safety commission meeting.

“There are strong opinions on both sides,” Oliphant said. “Some business owners have been vocally opposed to any parking loss. On the other hand, local cycling advocates have been adamant about preserving the bicycle lane.”

Oliphant said that two options to integrate bike lanes are currently being considered, the first being to remove the 24 parking spaces from the south side of Hickory Street to make space for the bike lane. To make up for the lost parking, new parking would be built on Avenue A and Mulberry Street. The second option is to keep all original parking on Hickory Street and create a “cycle-track” bike lane on the current sidewalk and a new sidewalk would be created next to it. 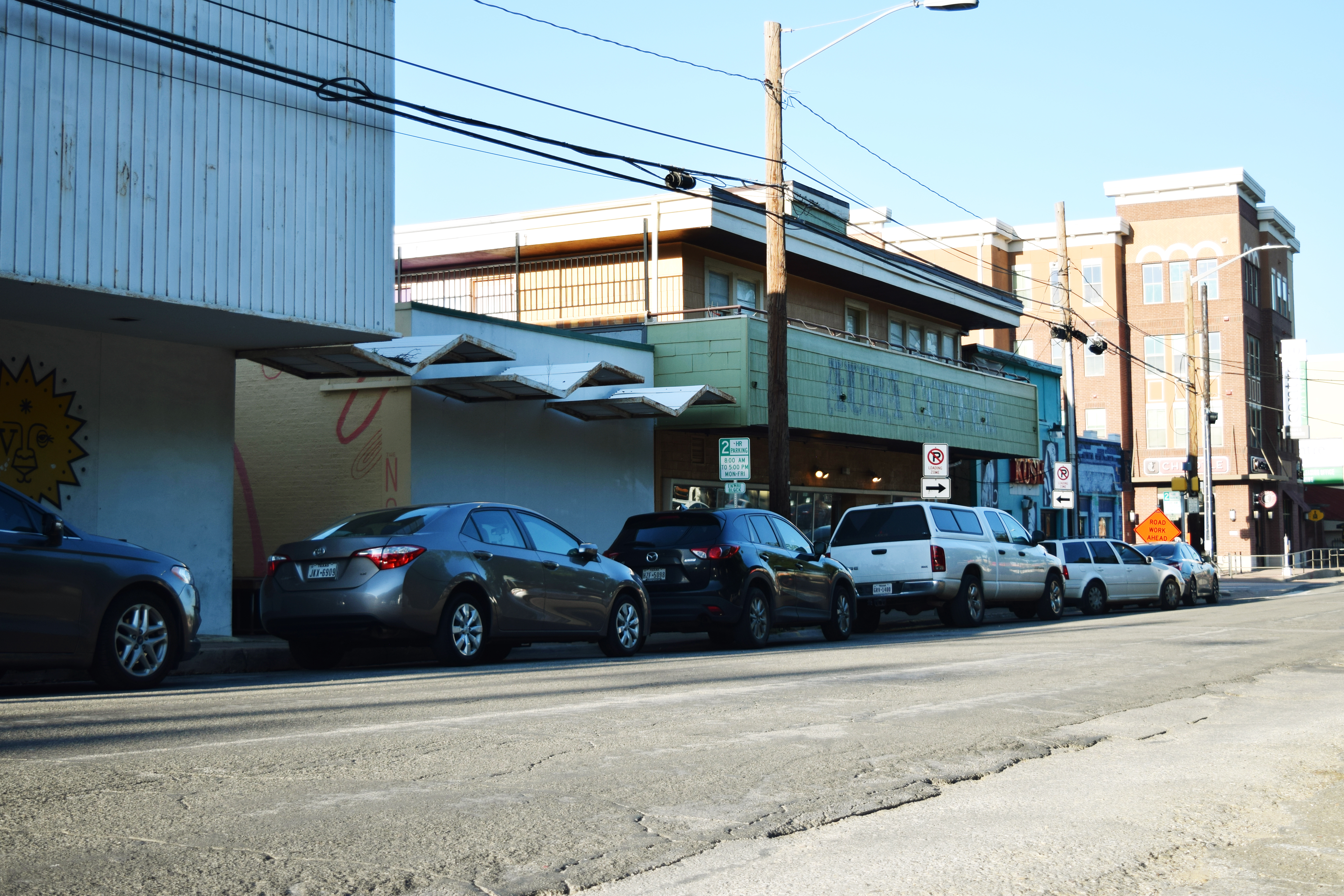 The Denton CIty Council proposed either removing parking to accommodate for the bike lane, or replacing the old sidewalk with the bike lane. Image by: Mallory Cammarata.

Oliphant said business owners have been included in the process from the beginning.

“If you eliminate the parking in the area, you’re pushing students out to other places,” McKibben said during the Jan. 29 mobility committee meeting.

“I believe our local business owners in the few urban pockets of Denton and the council need to abandon the suburban idea of having parking right in front of your business and embrace urban modes of transportation including biking and walking,” Krutka said.

Krutka said he thinks the city council is making a mistake by making the motion to add parking along Mulberry Street and Avenue A.

“There are hundreds and hundreds of parking spots in near the Fry Street area,” Krutka said. “Recent research showed that most people that park in that area do not frequent the businesses, but instead park and then walk over to campus.”

Oliphant and his team installed a camera on the corner of the street to record and parking patterns on Hickory Street and Fry Street for one week when the school year started. They observed that during school, people parked their cars and walk to UNT, but outside school hours, those who parked went to restaurants and bars.

As a cyclist and pedestrian, Krutka said Hickory has not been safe for for bicyclists.

“If Denton continues to embrace a more bike-able and walkable approach to the Hickory and Fry Street area then the businesses will benefit too,” Krutka said. “It is a win-win situation.”

There is no set date for when the city council will officially approve a plan, Oliphant said. The Hickory Street construction project that has been halted is set to resume on June 3 and will eventually include the integration of the new bike lane.

Featured Image:The Denton City Council is in the process of deciding how to implement a bike lane to HIckory Street. Image by: Mallory Cammarata.