The proposed 2019 bond program consists of four propositions, which will be voted on separately. A proposition is a spending category that encompasses a group of similar infrastructure or amenity projects. The propositions within the proposed 2019 bond program were identified through the analysis of current use of facilities, overall road conditions, citizen surveys and feedback, and the impact that potential growth may have on mobility and public welfare.

Each proposition includes information on the spending category and a maximum dollar amount that may be used for projects in that category. During the Nov. 5 election, voters will vote on each individual proposition separately, and not on individual projects.

The issuance of $154,000,000 of public securities for Street Improvements, and levying a tax in payment thereof.

If approved by the voters in the Nov. 5, 2019 election, Proposition A will allocate funding for constructing, reconstructing, or extending streets, roadways, sidewalks, storm drains, traffic control signals, street lighting, medians, and other related transportation infrastructure improvements, including the acquisition of land and easements for such purposes (see complete bond proposition language).

The proposed 2019 bond program would provide funding for the design and reconstruction of aging street infrastructure throughout the City. In addition to the street itself, curb and gutters, sidewalks, traffic signals, turn lanes, medians, and other components may be included in a street rehabilitation project.

More on Proposition A

The issuance of $61,900,000 of public securities for Public Safety Facilities for Police Department, and levying a tax in payment thereof.

If approved by the voters in the Nov. 5, 2019 election, Proposition B will allocate funding for constructing, reconstructing, renovating, expanding, improving, equipping, and furnishing public safety facilities for the Police Department including related infrastructure, drainage, landscaping, site and access improvements and the acquisition of land for such purposes (see complete bond proposition language).

The proposed 2019 bond program would provide funding for the renovation of the existing Police Headquarters at City Hall East (601 E. Hickory St.).

The City Hall East building was originally constructed in 1947 and expanded in 1965. The building was donated to the City of Denton in 1990 and was renovated in 1992-1994 for city operations. In 2013, unfinished space was converted to create the Denton Public Safety Training Facility.

The renovation would update the current facility as follows:

The proposed 2019 bond program would provide funding for the construction of a new Police Substation adjacent to the existing Fire Station 7 on Vintage Boulevard.

The substation would house patrol, neighborhood services, traffic enforcement, criminal investigation, and other operations and staff and administrative support

The issuance of $5,000,000 of public securities for Acquisition of Land for Parks, and levying a tax in payment thereof.

If approved by the voters in the Nov. 5, 2019 election, Proposition C will allocate funding for the purchase of land and interests in land for parks (see complete proposition language). This land acquisition may also include open spaces.

The image below illustrates the park land currently within the City of Denton. The highlighted portions are the areas where a resident can walk to a park within 10 minutes.

The issuance of $619,000 of public securities for Public Art, and levying a tax in payment thereof.

If approved by the voters in the Nov. 5, 2019 election, Proposition D will allocate funding for acquiring, constructing, and installing public art within the City (see complete proposition language).

The City of Denton Public Art Policy states that the City Council will consider placing public art projects in bond programs.  The proposed funding for public art is the equivalent to 1% of the costs of vertical construction projects contained within the bond program. 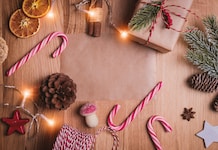 On-campus road construction to begin in December, with potential future projects in summer 2022

ICYMI: Women’s basketball wins third in a row versus SMU

Dentonpalooza represents the best and wackiest of Denton