Voice of DentonDiversity is our voice
HomeSports

The North Texas women’s golf team are slated to play in the Conference USA Championship on April 15-17 , finishing up a season of competing with nation’s top-ranked teams. The C-USA Championship match will be played in Fort Myers, Florida at the Verandah Golf Club.

The Mean Green have been preparing for the conditions of the course by practicing in the morning when there is dew on the grass, according to Akers. The dampness in the grass makes for a decent simulation of the wet conditions that the Mean Green will see in Florida. North Texas has experienced The Verandah Club before — it’s  the third year they will have hosted the Conference USA championship

“It’s Fort Myers so it’s usually breezy which will be good because we’re experienced in wind,” Akers said. “There’s a chance of rain every day which is normal for Florida.”

“In golf, you can schedule however you want so we’re able to play against the best, that’s where we want to be,” Akers said. “You want to play the regular season schedule against the best and the most difficult schedule that you can, and it’ll only pay dividends at the end of the year.”

After going through a season playing against numerous schools within Power 5 conferences, the Mean Green will face off against all of the C-USA teams — 12 teams in total. They will be going up against the weakest field they’ve played against all season, according to Akers. 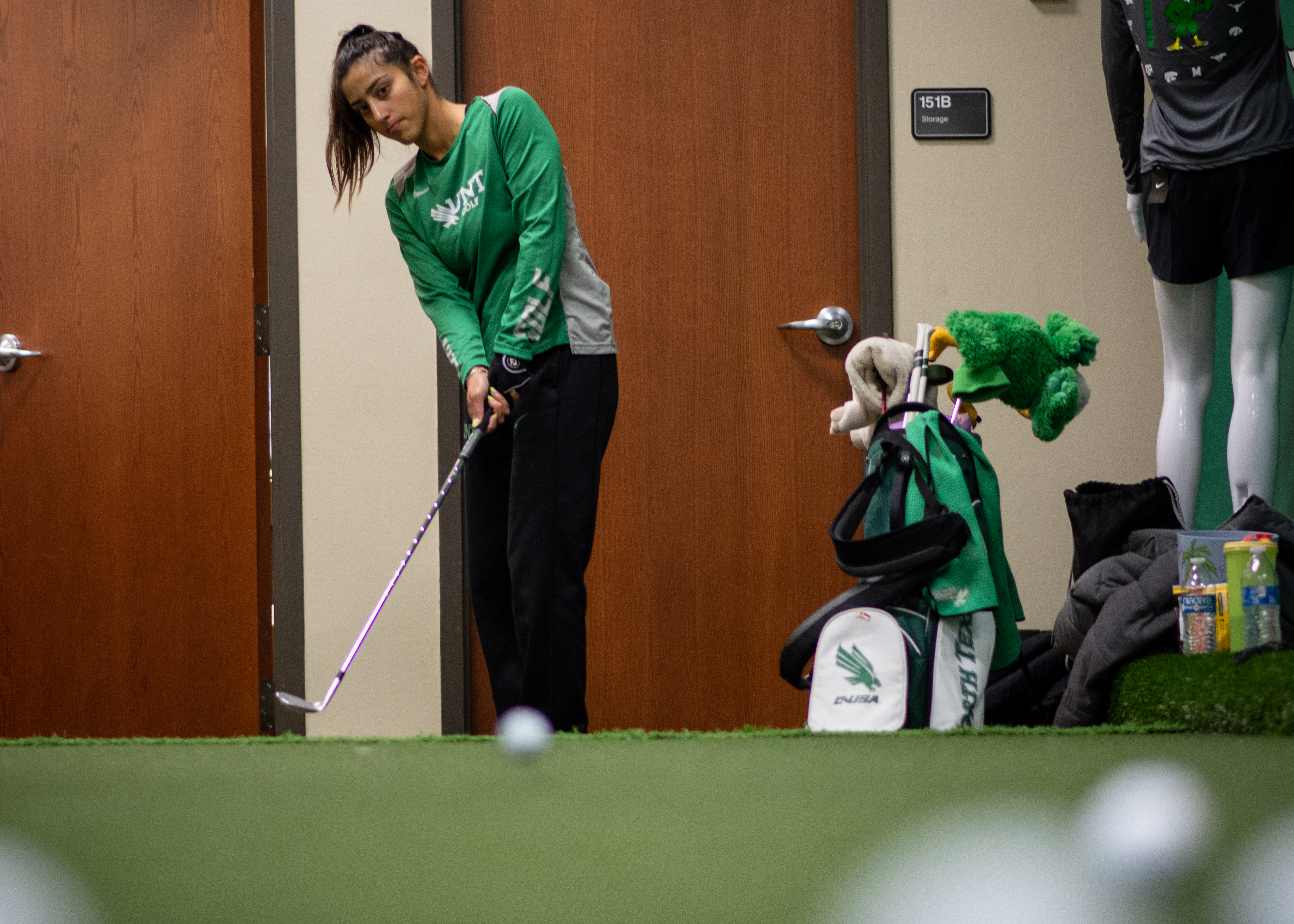 “I told the team we’re not playing that kind of competition heading into conference, this will actually be the weakest field we’ve played against all year,” Akers said. “We’ve been playing against the Big 12, Big 10 and SEC the entire year and I think that helps make them tougher and get them ready for conference.”

Junior golfer Lauren Cox and senior golfer Sabina Pena have had success at the Verandah Club, shooting 4-over par and tying for fifth place in the final player leaderboard last year. Cox is coming into the Conference tournament having broken the North Texas record for best round after shooting a 6-under-par 66 on the opening day of The Bruzzy tournament on April 1.

Cox finished the Bruzzy tying with two other golfers for eighth place after shooting 2-under par in the final player leaderboard. Coming fresh off a record-setting match, Cox hopes to carry on this momentum and confidence heading into the tournament.

“I really didn’t know what the school record was which is what made it so crazy,” Cox said. “I hope to win conference, which I know we can. My goal is to shoot three low rounds and be consistent in this tournament and to finish the year off on a good note and go to regionals. That would be awesome.”

After spending two seasons with North Texas, Pena hopes to finish her collegiate golfing career on a good note and perform well in her final conference tournament. Pena is already familiar with the physical conditions that the course will present and is instead choosing to focus on preparing mentally.

“I think it’s just all about mindset, just going in with the right mind and not letting anything really bring us down,” Pena said. “We’re going to go out and play with our hearts and whatever happens, we will accept it.”

With this being her final conference tournament with North Texas, Pena gave high praise towards Akers and talked about what playing golf for North Texas meant to her.

“Every day just reminds me of why I started playing golf and how much I like it,” Pena said. “[Akers] is very supportive and always making us feel like superstars which at my old school I feel like I missed out on that. Being at [North Texas] has just reminded me what a wonderful sport golf is and how much fun I have playing it.”

Public Hearing: Harris Ranch (A21-0001) The City of Denton City Council will hold...

Tennis drops first conference match of the season at Marshall