Track and field establishes a new program record at A&M

In 1982, then president of the Denton Breakfast Kiwanis...
Read more
Sports

Benefits of Taking a Walk in Nature

October 10th is National Take a Walk to a...
Read more
Sports

In a matchup of two of the top teams...
Read more

North Texas ended their regular season at Texas A&M this Saturday with sophomore runner Aneesa Scott establishing a new school record after recording a time of 53.29 seconds in the 400-meter dash. Scott passed former runner Ciara Smith, who set the program record in 2008 with a time of 53.41 seconds. According to the director of track and field Carl Sheffield, there were wind factors that had an effect on the events being held that day.

“High winds played havoc with a lot of the events today, but there were some standout performances,” Sheffield said in a press release. 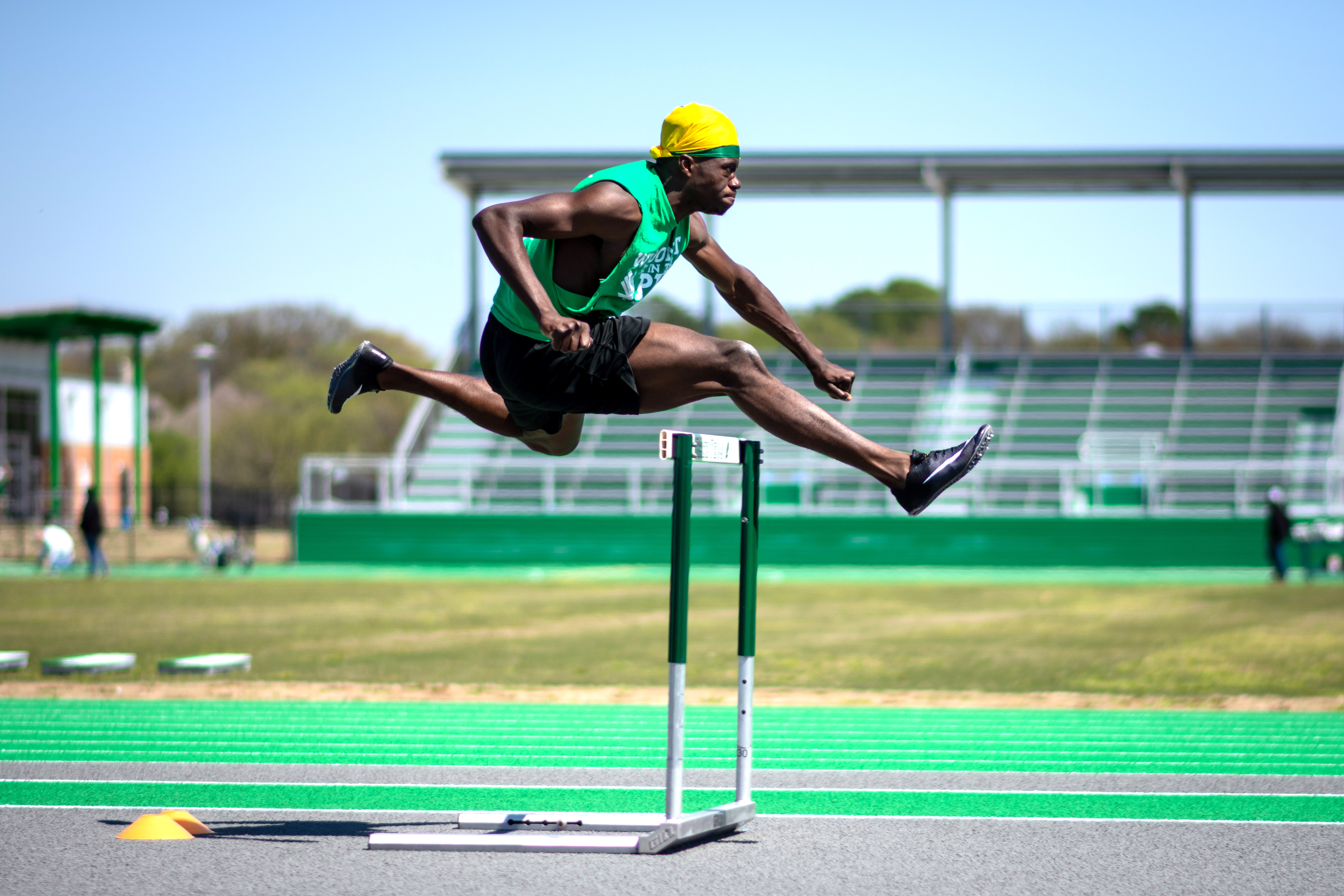 North Texas was able to secure two event titles on Saturday as sophomore Joseph Squire won first place in the 400-meter hurdles – setting a new personal best time of 13.97 seconds. Sophomore thrower Haley Walker won first place in discus after throwing a distance of 50.54 meters. However, Walker didn’t stop there and set a new personal record by throwing a distance of 53.20 meters in hammer. She would take third place overall and improve her previous personal best by eight meters.

In totality, North Texas finished with three more third place titles. Freshman thrower Zion Hill, who wasn’t expected to compete during this meet but participated, secured a third-place finish after throwing a distance of 64.94 meters in the javelin. The 4×100-meter relay team garnered a third-place winning time of 45.48 seconds. Sophomore Valencia Bullock finished in third in the triple jump, recording a mark of 12.23 meters to match her career best.

“It will be nice to have a weekend off. A lot of people have competed 4-5 weeks straight. The time off will allow some to get healthy and prepare for the Conference USA Championships,” Sheffield said.

UP NEXT: North Texas will prepare for the oncoming Conference USA Championships which will be hosted by Charlotte this year on May 9-12.