Voice of Dentondiversity is our voice
95.3 F
Denton
Weekly Newsletter 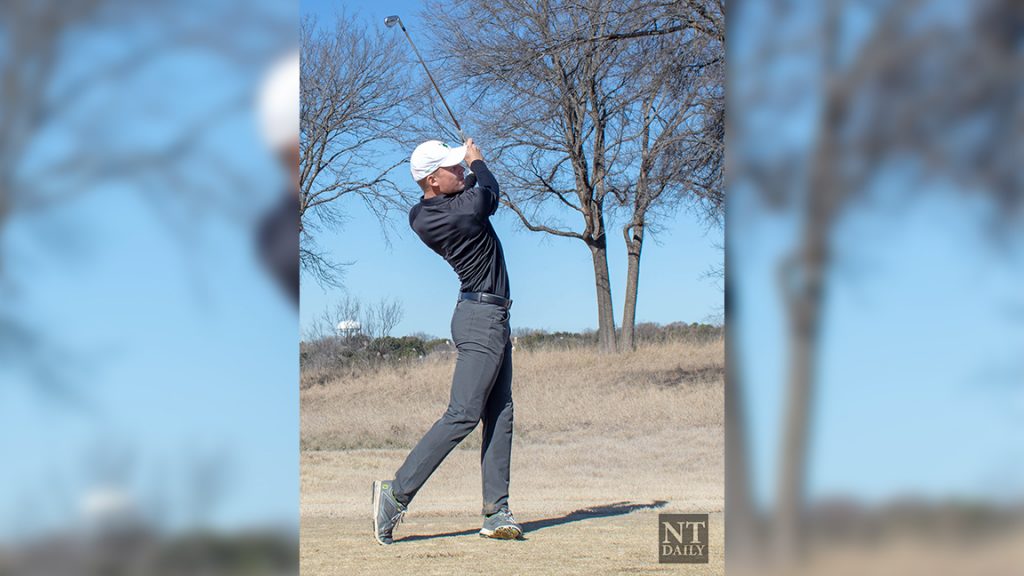 Softball hosts Conference USA tournament with No. 2 seed in hand

As the regular season drew to a close with...
Read more
Sports

With a No. 1 seed in the Conference USA...
Read more
Sports

Running down the latest storylines in North Texas sports

Softball set for midweek matchup with consensus No. 1 Oklahoma

A matchup with No. 1 the University of Oklahoma...
Read more

The Mean Green men’s golf team opened play Friday in Palm Desert, California, in the Wyoming Desert Intercollegiate. Friday’s performance for North Texas included shooting an opening-round 286 at the Classic Club to sit at 2-under par in fifth place out of 21 teams with two rounds to play.

Junior Viktor Forslund led the Mean Green in the first round shooting a 69, coming from four birdies and a bogey. He is currently tied for eighth place at -3. Junior Kristof Ulenaers led the team with six birdies on the day and he is tied for 20th place with a score of -1. Freshman Alejandro Madariaga shot at par is tied for No. 30.

“We had a solid start today,” head coach Brad Stracke said. “I was proud of how the guys fought through some adversity in the middle of the round.”

UP NEXT: The Mean Green will compete against Boise State and Cal State Northridge Saturday. Stay tuned for more information throughout the weekend for updates, scores and announcements in the tournament.

Previous articleTennis drops first conference match of the season at Marshall
Next articleMean Green tennis drops another close one, loses 4-3